Tara and I bought new bicycles over the weekend.

I hadn’t been bike shopping in a long time, so I was a bit surprised by how much had changed. (And by “how much,” I mainly mean price. These things ain’t cheap)! What can I say? I own a ten-year old Huffy. I’m hardly a two-wheel connoisseur, and considering the fact that Portland is sometimes referred to as America’s Bicycle Capital, this puts me squarely at odds with much of the populace.

When I first decided it was time for a new bike, I figured I’d find a decent one for oh, let’s say a hundred bucks or so.

If you look up the word “delusional” in the dictionary, you’ll find a picture of me. 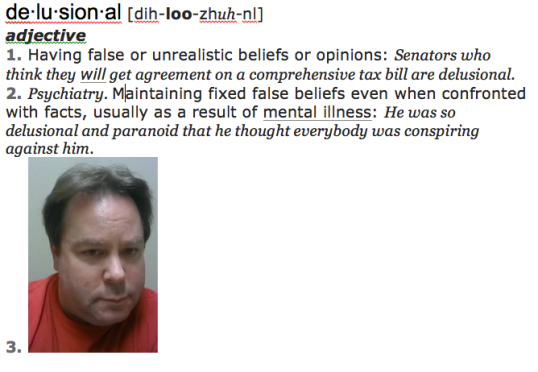 The first thing I learned was, a good bike can set you back thousands of dollars. This was news to me! I assumed there had been some sort of technological revolution and bicycle manufacturers had added features like motors and roofs and doors, but then I realized those things already exist and are called cars. Seriously, who pays that much money for something that has a bell and a banana seat?

“The bicycle is a curious vehicle. Its passenger is its engine.”

The second thing I learned was, bikes no longer have bells and banana seats. Instead, they’ve got Shimano shifters and carbon cranksets and front-suspension forks and dual position hydraulic disc brakes. Hell, even the pedals are described as “Sirrus, 1.5mm Varus angle, nylon body, symmetric alloy cage, low profile bearing system, toe clip capable” on one website I was looking at.

You can’t just buy “a bike,” either. Nowadays you have to choose between various types of bicycles. There are road bikes, mountain bikes, comfort/hybrid bikes, utility bikes, cruisers, Cyclocross bikes, fixed-gear bikes, and so forth and so on. When I was a teenager, there were kid’s bikes and ten-speeds, and that was pretty much it.

Suddenly, I had to do actual research, and the whole bicycle-buying experience went from “fun” to “work.” But I did my due diligence anyway, and decided I wanted a hybrid bike. It seemed like the best of both worlds: a compromise between a mountain bike and a comfort bike, with a lightweight aluminum frame, upright sitting position, and medium gauge wheels. Hybrids are made primarily for paved roads but can also handle dirt trails. I also decided I did not want to spend thousands of dollars, which meant I was shopping for a Schwinn instead of a Specialized.

After checking out no fewer than six or seven retail outlets, I finally found what I was looking for: a Schwinn Trailways Hybrid/Comfort bike with 28″/700c tires, front suspension, spring-loaded cushioned vinyl seat, 21 gears, and a bunch of other specs that mean nothing to me but that I’m sure are impressive. Best of all, it only set me back $249.99. (Funny how I now consider that inexpensive for a bike. A month ago, it would have made me cringe).

“It’s the first machine we master as children and the one we abandon when the seductions of the automobile take over.”

Tara chose an aqua blue, vintage-looking 26″ Schwinn Delmar Cruiser. Not only is it totally retro, it’s really comfortable, too. Most Cruisers have only a single gear (no shifting required) and come with curved handlebars, padded seats, balloon tires, and coaster brakes. Hers cost less than mine. Well played, wife of mine. Well played, indeed!

So now I guess we are “bicyclists,” whatever that means exactly. We went out for a ride last night after dinner, and are even talking about commuting to work by bike now. Once in awhile, anyway. Maybe. You know how they say “it’s as easy as riding a bike”? That makes me laugh. Because figuring out gears, pedaling against the wind, and having to deal with that little seat are not exactly easy. At least not when you haven’t ridden a bike in years.

Why did the banana seat disappear, anyway? My first real bike back in the 70s had one, and that thing was comfortable. I’d be okay with bringing it back in style. I’m just sayin’.

Learning curve aside, I have to admit, riding the bike is fun! I’m glad I took the plunge.

Anybody want to buy a used Huffy?