A couple of weeks ago, my Fitbit Charge broke. Oddly enough, this was exactly one year to the day that I got it (easy to remember, as it was an anniversary gift from Tara). It still worked fine, but the band had torn away from the plastic housing, which had also cracked. Bummer, right? I was dismayed for maybe 60 seconds, but then I remembered that Fitbit had just come out with an updated version of my tracker, which was called – drumroll, please! (and kudos to the marketing geniuses who burned the midnight oil to come up with this one) – the Charge 2. I probably could have gotten by with a little creative use of duct tape, but what am I, a hillbilly? I saw this as an opportunity to upgrade and jumped on it.

Turns out to have been a great decision. I’m really loving the Charge 2. It’s got a bigger screen, a better (and brighter) OLED display, built-in 24/7 heart rate monitor, hourly reminders to get off your ass and walk, and will even give you a massage and cook you breakfast if you hit your step goal. What more could you ask for in a device? 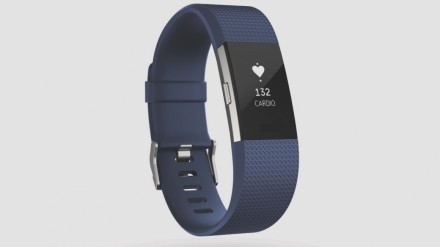 Once upon a time, I was a huge fan of Survivor. I watched probably the first 20 seasons of the show, but eventually lost interest and gave it up.

And then, a couple of months ago I got wind that the newest season would be an epic battle of sorts: Millennials vs. Gen X. I was intrigued, and set a series recording. Tara and I have caught the first two episodes so far, and I think it’s safe to say we are hooked.

I told her it feels both weird and natural to be watching Survivor again.

“Like slipping on an old pair of shoes?” she asked, and I thought that was the perfect analogy. It feels both comfortable and right.

In my last post I hinted at a meeting with my rock ‘n roll idol, Bruce Springsteen. ‘Tis true. Next Tuesday – in just four days! – I will have the opportunity to shake hands with a man I have admired my whole life. To say I’m excited is an understatement.

Here’s how it went down:

Two weeks ago, Powell’s Books announced that Bruce Springsteen would be coming to town October 4 to promote his new autobiography, Born to Run. A limited number of tickets would be made available to this special event, and we knew they’d sell out fast. Demand was so high that the system crashed the first day they went on sale, forcing Powell’s to find a new ticket vendor and try again two days later. I had logged into the site that morning and the moment 12:00 rolled around I immediately got through, but tickets had sold out within 30 seconds. Dejected, I called Tara to give her the news. While talking to her I was constantly refreshing my screen because the site said that even though all the tickets were gone, there was the possibility one might become available if a purchase didn’t go through. I figured I had nothing to lose, but didn’t really expect to get through again…until I actually did. Nine minutes later, on what must have been my 100th refresh, the “tickets available” screen popped up. 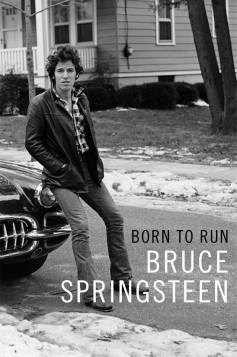 “Holy shit!” I told Tara. Unfortunately there was only a single ticket left, but she gave me her blessing to snag it, knowing what a hardcore lifelong fan I am. So I did. And now, in a few days, I get to meet a man I have admired for three decades. One whose albums I have owned for 30 years and whose concerts I have attended, most recently six short months ago. It hardly feels real. Once I scored that ticket, I submitted a PTO request to take that day off, which my boss promptly approved. Thank god. I might have had to quit my job if he hadn’t signed off on that.

I got a confirmation email today with the details. Check-in starts at Powell’s Books on Tuesday morning at 9:00 a.m. There’s a list of rules a mile long – no backpacks, must present photo ID, etc. The one part that jumped out at me was,

You are allowed one posed photo with Bruce Springsteen. An employee of Powell’s will take the picture using your phone or camera.

In four days, I get to meet Bruce freakin’ Springsteen. I can hardly wrap my brain around that.

5 thoughts on “When Life Hands You Lemons, Upgrade!”