Today was just an average, ordinary, run-of-the-mill Thursday. I took a walk before work. Knocked out a few articles. Grabbed lunch with Tara. Started a rumor that the owner of the company’s wife was expecting a baby. You know, the typical daily grind.

OK, in all fairness, my wife and I hadn’t met up for lunch in quite a while, so I suppose that was out of the norm.

Oh. And the boss thing, too.

I am always sticking my foot in my mouth. It’s sort of my “thing.” Earlier in the week, I texted a coworker, Dr. Jones looks like a corpse! Only I got her phone number wrong; I entered 635- when it should have been 653- and so my text went to a complete stranger. Fortunately I never got a reply, but my SMS provider did confirm the message was delivered. In my defense, Dr. Jones (not his real name) does look like he’s pushing, say, 102 years old. Or maybe the photo on his website is unflattering. In any case, I wasn’t being mean, but merely observing. There is a difference, subtle though it may be.

I don’t plan these little faux pas, I swear. They just happen.

So here’s what happened. The company owner’s name is Shawn P. We are friends on Facebook. I am also FB friends with another Shawn P. It doesn’t take a genius to see where this is headed.

This morning, when Shawn P. updated his status to say, It’s confirmed-I’m going to be a daddy!! I thought I was reading a post from my boss, not the other guy. I left a note of congratulations, and within 30 seconds had shared the news with my coworkers. Then I went back to the post to see if anybody else had commented, and realized I had made a huge mistake. 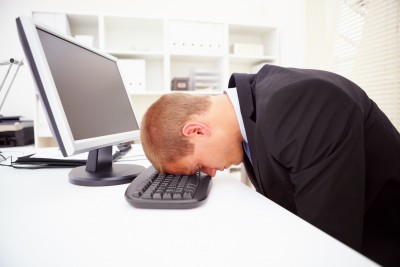 The next twenty minutes were spent backpedaling. I did everything in my power to discredit myself, even going so far as to say, “Don’t trust anything that Mark guy says; he’s full of shit!”, but once these rumors get going, they spread like wildfire on a windy day. I decided my best recourse was to fall on the sword and confront the head honcho himself.

“Hey, the funniest thing happened this morning!” I said after corralling him in the kitchen. “If anybody hands you a cigar today, blame it on me.”

Luckily, the Shawn P. who signs my paychecks has a great sense of humor. He found the whole thing hilarious and laughed it off. Be that as it may, I’ve got to knock this shit off and start paying more attention to things, whether they be names, phone numbers, or whatnot.

The worst part of all this? The other Shawn P., the one who posted the status update that started this whole mess, was just messing around. He does not have another kid on the way; this was some sort of Facebook game in which anybody who “fell for it” is supposed to turn around and post a phony status update of their own, ostensibly in an effort to raise breast cancer awareness.

The only awareness this has raised is that,

OK, he’s not really a jackass. He’s actually a pretty decent person. But oh, the trouble this nearly got me into! Whatever happened to pink ribbons? At least I know what those signify.

Social media will be the death of me yet.

Have you ever fallen for something outlandish or ended up humiliating yourself publicly? (Jess Witkins, you are excused from answering. Your track record in these matters is impressive enough).

15 thoughts on “Wildfire on a Windy Day”