First, it was the belly dancer I lusted over. Now, Loretta Swit’s cousin – you know, the actress best known for her role as Major Margaret “Hot Lips” Houlihan on MASH – found a post where I had mentioned her. I was discussing my newly-discovered Polish heritage, and gave a shout-out to some famous Polish people like Loretta, joking that we might be related. Her cousin Stan stumbled across it and explained that his grandfather and her grandfather were brothers, and everybody is always asking how she is doing, which is frustrating to him because he’s only met her a couple of times when they were younger. He has no idea, people! Leave him alone!!

You’re welcome, Stan. Hope that helps.  By the way, how is Loretta these days?

I just find it fascinating that people I write about seem to find me and write back. It’s amazing how small the world really is. I need to use this to my advantage, and start writing about Stephen King. Maybe he’ll discover my post, read my book, and spread the word to everybody he knows about how great it is.

There. That oughtta do the trick.

Actually, I probably just spammed my own post. Google frowns upon overuse of key words and phrases. They think you’re trying to cheat your way to the top of their rankings.

I say it’s worth taking the chance in the hopes that Stephen King really does stumble upon this post.

Anyway. How was your weekend?

Mine was a bit ruff. You see, at one point I was sitting in the car in the parking lot of Walgreen’s while Tara ran in to pick up some prints she had ordered. There was an SUV parked a few spots over, with the driver’s window rolled down. A pair of dogs was making an awful racket, barking at everything that moved. So after scoping out the lot to make sure nobody else was around, I started barking back.

I am not a mean-spirited person. And I’ve got nothing against dogs. I like them just fine! That doesn’t mean I want to hear them barking at every gust of wind. I like babies too, but when they’re bawling up a storm in public they’re just as annoying.  I wanted to give the dogs a taste of their own medicine, because A) I was irritated, and B) I was bored.  It wasn’t just a few barks, either. I was going all out, barking at the top of my lungs, deep and throaty and full of gusto, and they started going nuts. I threw in a little growling to really rile ‘em up. After about sixty seconds of this, an angry-looking face appeared in the window of the dog’s car while I was mid-yelp.

I hadn’t realized there was somebody sitting in the passenger seat of the car.

Well, I reached for the seat lever and dropped that sucker flat in about two seconds, and quickly rolled up my windows. I was still in that position, lying flat on my back, scrunched down as low as possible in order to avoid detection, when Tara arrived a few moments later.

So I told her I’d gotten caught in the act of barking at a couple of dogs – an experience that was quite arf-ul – and naturally, she started laughing. By then the SUV had left, so at least I didn’t have to face the additional embarrassment of having to drive past them on the way out.

Not my most fetching moment, that’s for sure.

But the rest of the weekend wasn’t so doggone humiliating. Saturday we went out to brunch at a trendy little Southern bistro called Screen Door. It’s consistently voted one of Portland’s top breakfast spots, and the fried chicken and waffles are infamous.  I’m happy to say the place lived up to its hype, and the 35-minute wait was made more bearable with coffee and Bloody Marys . (Here’s my Yelp review if you’re local and hungry or curious or from another part of the country (or another country) and bored and don’t have any dogs to bark at). Later we went to the Japanese Garden to check out the fall colors, and then met up with a friend for dinner. Sunday was more laid-back and included a(nother) winning Broncos game on TV. All in all, a great weekend!

Here are a few pics. 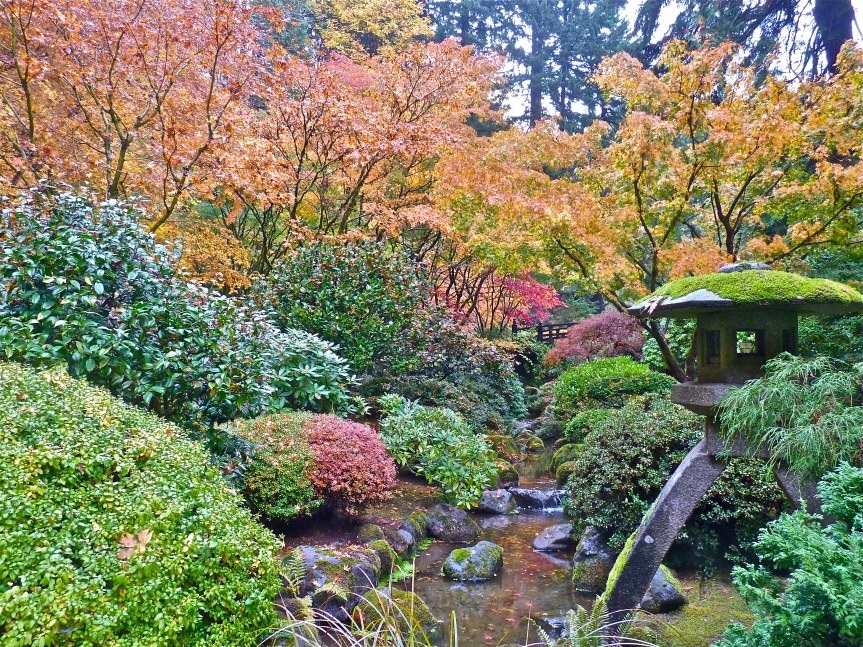 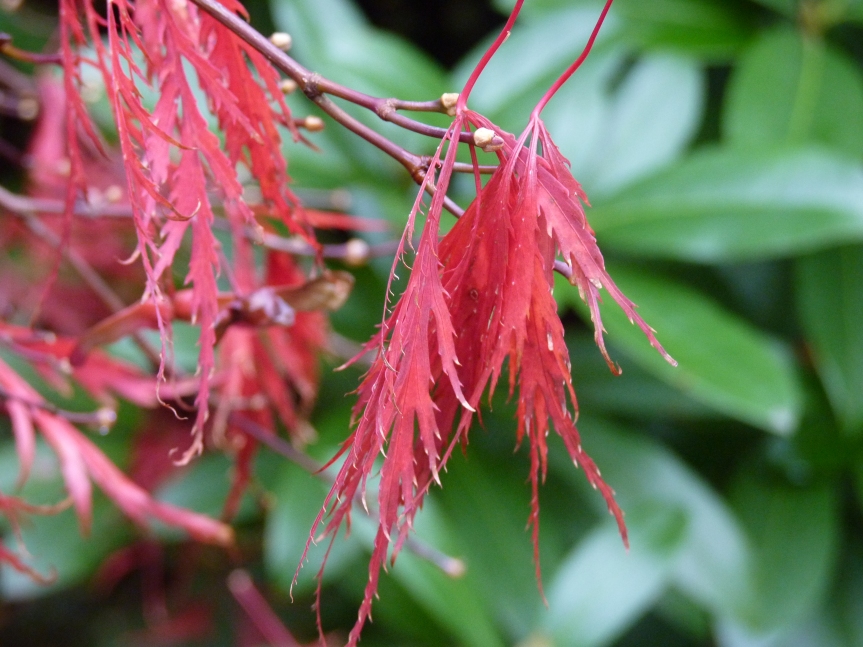 27 thoughts on “My Bark is Worse Than Your Bite”