We have officially been South Dakota residents for one year now.

Exactly 365 days ago, we rolled across the state line, two days after leaving the Pacific Northwest behind. I will never forget the feeling of elation when we finally arrived. I can’t ever forget it, because we have photographic evidence. 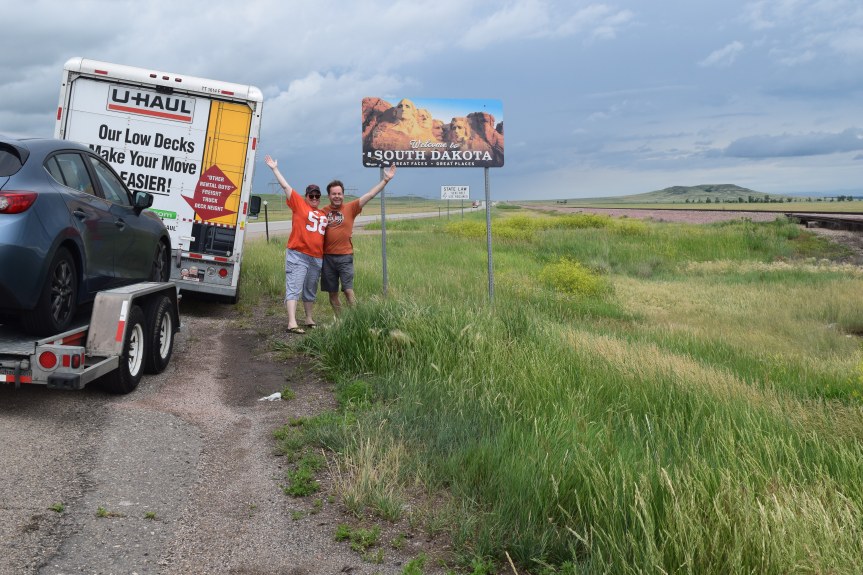 This photo, by the way, ended up being our Christmas card last year.

It’s amazing to me how quickly the year went by. They do say the older you get, the faster time seems to fly. The months leading up to our move were unbearably long and we grew impatient. Desperate, almost: we wanted to get started on the next, exciting phase of our lives. A lot of people questioned our sanity when we told them we were moving to South Dakota, but one year later, nobody is second-guessing our decision. How could they? Everything has worked out so perfectly, it’s easy to forget what a huge gamble this was for us both. We quit our jobs without any solid prospects lined up, literally driving into the great unknown. I don’t know a lot of people who would do that (but I’m so thankful to have found a willing partner in this adventure).

We knew how we wanted things to unfold. Our hope was that, a year after our arrival, we’d have great jobs and a new house. It’s amazing how things have lined up so perfectly with that timeline. Tara and I both agree that this move to South Dakota didn’t only live up to expectations; it wildly exceeded them. One year later, neither of us has a single regret.

This makes two summers in a row where we’ve been in the midst of major life-changing events. Our last “normal” summer was 2017, and I have to say, not having something major to do seems like a novelty to me these days. Hopefully, 2020 will be far less hectic.

The house is coming along nicely, though. It was another busy (but productive) weekend. We finished painting the living room, started and finished painting both upstairs bathrooms, and started/finished painting the master bedroom. Tomorrow I plan to knock out the spare bedroom we’ll use as an office. And then there is only one to go: the guest bedroom, which Tara started today. This one required some heavy-duty wallpaper stripping and she has a vision for a mountain mural on one wall, so it’ll take a few days. But certainly by the weekend, all the painting should be finished. Just in time for the bamboo flooring to be installed a week from today!

Here are some before and after pics: 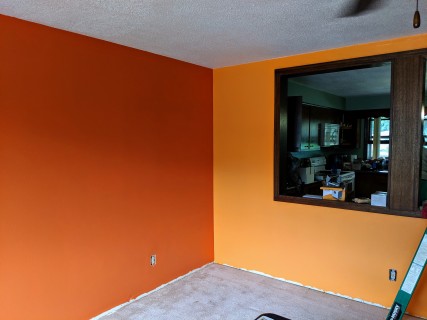 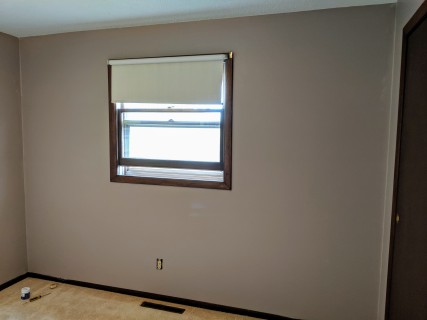 Want further proof that my job and I are soulmates? Last Wednesday, I got paid to go hiking. My company is putting together a feature series of local hikes, complete with video, and I’ve been tapped to do the exploring along with one of our summer interns.  Makes sense since I’m the one writing them. We had the benefit of enjoying a picture-perfect day while on the clock. 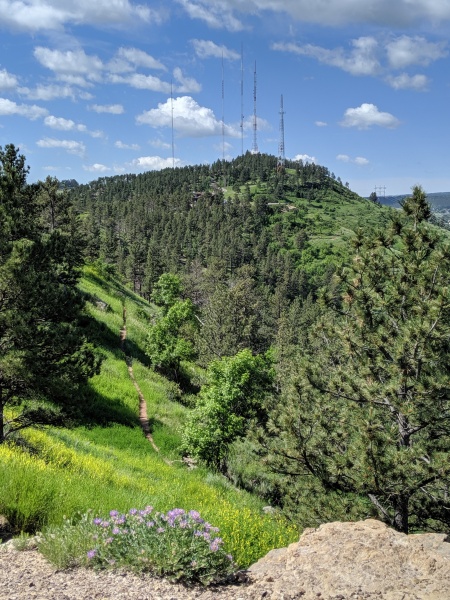 I mean, seriously? How is this my job?!

And this is why nobody thinks we’re crazy for moving out here anymore.