I was in the kitchen at work the other day and one of the RMs walked in for a cup of coffee. “So, I hear you’re moving!” he said to me. “Montana, is it?”

I corrected him, but couldn’t help chuckling over it later. I get this all the time; people know I’m moving to the Midwest somewhere, but can’t quite put a finger on the proper state. They’ll guess all the states surrounding South Dakota, but never seem to land on that one. It’s like they’re throwing darts at a map of the northern U.S. and seeing where they land. I have heard that I’m moving to North Dakota, Wyoming, and Minnesota, too. Even my good friend Heidi mentioned how different Grand Rapids, Michigan, is going to be. More than once. But she later admitted to thinking of the Midwest as “one big glob” anyway. 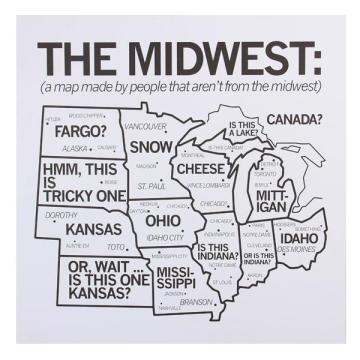 And maybe it’s just my imagination (running away with me), but I’d swear there is often an underlying note of pity in their voices, as if I’m being forced into something I do not want. Like I’ve drawn a short straw and am being exiled to a far-off land where it snows a lot and there are more bison than people. When I tell them no, this is a good thing, I’m leaving on purpose and looking forward to the change in scenery, a glint of relief appears in their eyes, followed by the inevitable question, “Why there?”

It’s okay. Everybody is well-intentioned, and I understand their curiosity. People in the PNW tend to be snobs about where they live. I don’t begrudge them for this; the upper left corner of the U.S. is beautiful, the climate temperate. A lot of people want to move here, while those itching to leave are in the minority. This makes me the weird exception to the rule.

By now I can recite my stock answer in my sleep. It goes along the lines of, my dad was in the Air Force, I went to high school there, loved the area, I want a simpler and cheaper way of life. That does the trick nicely.

Tara is headed home today and should be back by early afternoon. I’ll be glad to see her. A friend asked me today how I enjoyed my bachelorhood, but really, it was uneventful. I mostly watched a bunch of documentaries and cooked foods she would not like. This is what a forty-something party animal looks like, I guess.

My Saturday hike was definitely the highlight. While my last post might give you the impression that the whole hike was one big winter wonderland, that’s not the case. The first couple of miles were green and damp. Here’s proof. 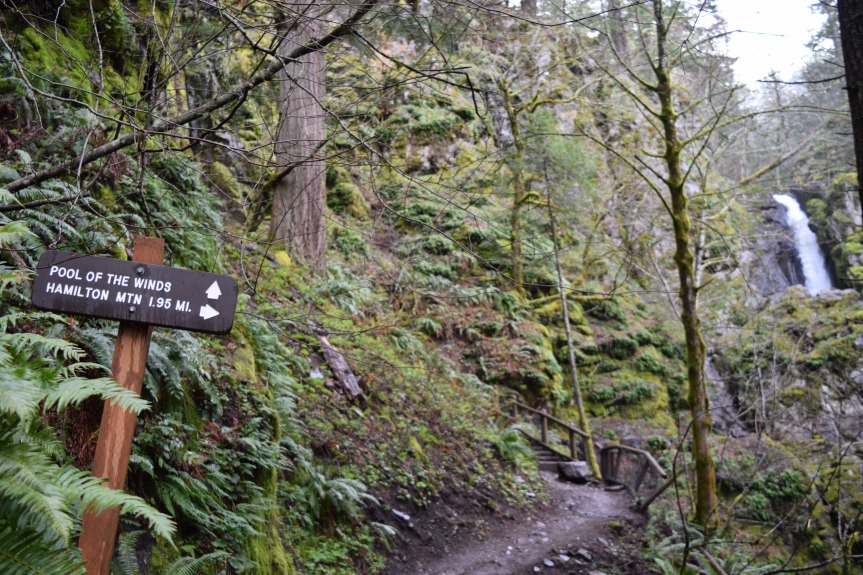 14 thoughts on “Not Montana”