I want to start off by saying that I love the Pacific Northwest. This should be obvious to anybody who has ever read my blog. It’s been my home for almost 23 years now, and I always figured I’d spend the rest of my life here. I probably will.

But maybe I won’t.

When I short-sold my townhouse in 2014, our plan was to spend two years in an apartment and then buy a house. It’s been over three years now and we’re still here, not really any closer to our goal. Part of the reason is, we are waiting for Audrey to graduate from high school. She’s got a year to go, and after that, we figured we’d buy a place in Stevenson. But S-town (not that S-town, podcast fans) is small, and there aren’t a lot of houses for sale. We’ve been paying close attention to the real estate market. And by “we” I mean Tara, but it’s all semantics.

Tara’s got a Zillow addiction, and is constantly sending me listings. Because it’s slim pickings in Stevenson, she’s been focusing on Vancouver, where we live now. That would be okay if we could find the perfect place. And last Thursday, we thought we had. Until we crunched the numbers. Every week, it seems, prices are creeping up. We are in danger of being priced out of the market, especially if we can’t realistically buy anything until next summer.

So, in a moment of inspiration on Friday, I turned the tables on Tara and sent her a Zillow listing. The house was a gorgeous three-bedroom, two-bath split level ranch, 1680 square feet, with a covered deck and spacious backyard. And at only $189K, it was a steal.

It also happens to be located in Rapid City, South Dakota. 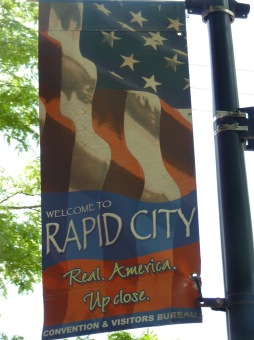 I guess I was sort of half-kidding when I sent her the listing, but: not really. I have long had a fondness for Rapid City. After all, I lived there for three years in the mid-80s. Three formative high school years, I might add. And when I visited again six years ago this month during my solo road trip, I was so enamored  that I switched up my itinerary and stayed an extra day. In looking back through those old posts, I stumbled upon these eye-opening passages.

I was quite surprised to find a little slice of Portland in Rapid City: quaint coffee shops, a used bookstore, and this cool alleyway I stumbled upon that was decorated all over with graffiti and murals. I strolled through there, taking plenty of pics. Love it! I am enraptured by this place all over again, and want to enjoy every last drop of it while I can.

This is definitely a land of fierce extremes, and it can be very punishing if you aren’t prepared for it. But the magnificent beauty and abundance of natural attractions makes it worthwhile. I’ve often wondered if I could ever picture myself living in Rapid City again, and the verdict is in: yes, I could. I wouldn’t rule it out if the circumstances were exactly right.

There are definite pros and cons to living there. The weather can be punishing (though it’s also right up my alley) and the Pacific Ocean is a lot farther than a mere 100 minutes away. And Rapid City isn’t exactly a destination for most touring musicians. But houses comparable to what we’re looking at here are at least $100K less. The Black Hills offer plenty of opportunities for hiking, camping, and fishing. The population – 72K – is close to ideal (big enough for the essentials, small enough that gridlock is not a problem). There’s a surprisingly robust local food scene. And Denver is a mere 5 hours and 56 minutes away by car, so we could see a lot more Broncos games.

As for work…I can do my job from anywhere. All I need is a laptop and an internet connection. I have no idea if my company would even entertain that option, but we’ve been hiring a slew of remote employees lately, so you never know. I feel like it’s at least a possibility.

Surprisingly, Tara was more receptive to the idea than I’d expected. We both just want the best life we can live, and if that means pulling up roots and starting fresh somewhere else, we’re open to the idea. It helps that we both moved around a lot growing up. Wanderlust is in our blood, I suppose.

When I left the Bay Area for Portland in 1994, those were the most exciting days of my life. Everything was new, and the sense of discovery was like a drug. It wouldn’t be the worst thing in the world to experience that all over again, this time with Tara by my side. 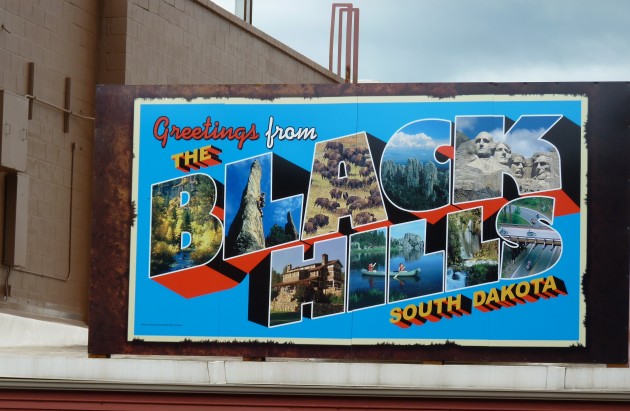 I’m not saying this is going to happen. It still seems like a pretty farfetched idea. But we are now planning a long weekend so Tara can see the place (she’s never been) and we can get a feel for the neighborhoods and downtown. Rapid City is an 18-hour drive from here, which isn’t too bad. We’re tentatively looking at early October – specifically, Columbus Day weekend. The weather that time of year should be perfect (though, this being South Dakota, there’s always the possibility of a little snow).

Gotta do what you gotta do, yo.

21 thoughts on “Wanderlust In Our Blood”