Last week, Tara committed one of those 21st-century gaffes that had us both reeling with laughter for the rest of the day. I was having issues with my phone, so as a test I sent her a text and asked her to respond. She did, but it never came through. Several minutes later her mom texted her: I think you meant to send this to Mark.

Tara was mortified, but I thought it was hilarious. And also I wanted to know how turned on she was exactly. I had to leave for work in ten minutes, but you know, ten minutes is ten minutes…

Fortunately, Tracy has a great sense of humor about this stuff and was able to laugh it off. I’m paranoid about sending emails and texts to the wrong person and have always worried that one day it would happen, but so far I’ve managed to avoid any embarrassing incidents. Knock on wood.

But I’m not here to write about sticking-your-foot-in-your-mouth moments. It’s time to get sweet instead.

Today, Tara and I celebrate our one-year anniversary.

I am very proud of this accomplishment, because following my divorce in 2006 I struggled through a couple of relationships I had no business being in. Dated a few others that, due to a lack of chemistry or other extenuating factors (i.e. bat shit craziness), went nowhere. True, there was that passionate affair with Amy Adams, but sadly it existed only in my imagination. Oh, the stories I could tell! The stories I would tell if I was absolutely sure that certain exes weren’t reading this blog. The point is, my love life up until last year was laughable at best, and pretty much nonexistent. I would add “through no fault of mine,” but I was the stupid one who clung to the thinnest of promises and waited far too long for somebody who could not or would not commit, so yeah – I blame myself, too. Which is why, the moment I had a glimpse of what a real relationship might be like – thanks to an amazing night with Tara – I dumped all my proverbial baggage, let go of everything that was holding me back, and went for it. It was all one big gamble, but I was traveling to Nevada, so what better place to roll the dice and go “all in”?

You see, I had never felt anything like this before. As in, not ever. I just want to make that clear. I knew right away that a relationship with Tara would be amazing. It sounds like a cliché, but I felt a connection with her that was almost mystical. It’s very clear our long friendship had set the stage for this, and once we both realized that, there was no turning back.

One year ago today, we both realized that. And at 12:24 PM, to be exact, it was official…meaning it was posted to Facebook. Which is why this blog post is appearing at 12:24 PM. I’m nothing if not sentimental!

In the parting moments of my visit to Ely – early in the morning on September 11, 2011 – through a blur of tears and a passionate embrace, I asked Tara if she would like to give a relationship a try. Already, I could not imagine being without her. She gazed at me with those beautiful eyes of hers and said, most assuredly…

My heart sank. I assumed that was girl talk for “no, thanks.” A gentle way of letting me down easy, of breaking my heart from a safe distance. I pretended it didn’t bother me, but it did. That long drive home, I was an emotional wreck. And then, the next couple of days, she was out of town on business, so any talk of a possible future was put on hold.

Finally, on the morning of September 14, she did get back to me. It’s not like we weren’t talking every night for an hour or two between my departure and that day. On the contrary, we talked a lot. About everything but that. I didn’t want to be pushy, and told myself that no news was good news…or, at least, not bad news. Still, when she told me that morning that despite the obstacles, the chief one being the 840 miles between us, she wanted to pursue a relationship because she felt we had the potential to be great together, I was surprised. Surprised and delighted.

It has been pure magic ever since. And I don’t say that lightly, or with any sort of exaggeration. It just has been. We are perfect for each other. We dig the same music, like to do the same things, and always laugh at each other’s jokes. Our kisses are every bit as passionate 366 days later, and not a day goes by where we don’t say “I love you” to each other. The biggest difference between this relationship and all my others? It’s effortless. We are considerate and respectful and caring toward each other. We never fight. There are no games, no hidden agendas. Nothing but pure honesty…and it’s all so damn easy. And fun! It doesn’t matter whether we are hiking around an alpine lake at 10,000’ or sneaking a bottle of wine on the beach or curled up on the couch watching a movie together. Wherever we are, whatever we are doing, we’re having a blast. Last time we were in Seattle Tracy said, “I can’t imagine you two not together.”  And neither can I. No other relationship would hold a candle to this one. I know what I want, and I think I know what Tara wants. I believe 100% we’ll get it all, too.

Happy anniversary, sweetheart. The first year has been incredible, and it’s just the beginning. You have shown me the meaning of true happiness.  I am forever thankful you came into my life when you did, and that our friendship blossomed into this wonderful and special relationship. I love you with all my heart. 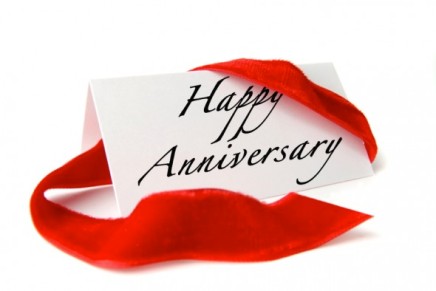 28 thoughts on “I Hit The Jackpot”