You wouldn’t think a city could be beautiful.

Not in the conventional sense, anyway. Trees and mountains and lakes. Sunsets. The ocean. The smile on a baby’s face. The glint in the eyes of lovers. Those things are beautiful. Concrete and steel? Different words come to mind. Manmade. Sterile. Linear. And yet, a city is like a living, breathing entity. It’s got a skeleton. Arterials and a pulse. A beating heart. And without a doubt, a city can be beautiful and striking and resplendent in its finery. 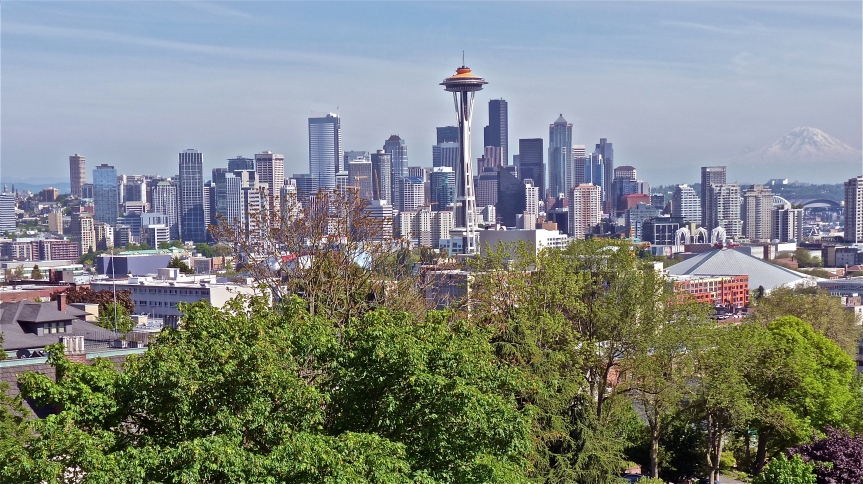 I have long had a love affair with Seattle.

Don’t get me wrong: my heart belongs to Portland. But this wasn’t always the case. Flash back to 1993, when I was living in San Jose with my now-ex wife. We were kidless still, so when I suggested on a whim that we fly to Seattle for the weekend just to check it out, she eagerly agreed. I didn’t know much about the city then, other than the fact that some really good music was coming out of there. And the Space Needle dominated the downtown skyline. The Pacific Northwest had always held a strong allure to me, so we flew north for a mini getaway. Ended up staying in a really crappy motel near SeaTac on the same busy strip where the Green River Killer was abducting women. We’re talking syringes in the parking lot and drifts of garbage piling up. This was before the days of Yelp reviews and hotels.com, so booking a room in a city you were unfamiliar with was like rolling the dice. Despite the less-than-stellar ambiance, I fell in love with the city that weekend. Pike Place Market, Seattle Center, Elliot Bay, the monorail, the ferry to Victoria B.C., some really great seafood at a lakeside restaurant – it was a terrific trip, and the catalyst for my job transfer and move north a year and a half later. Granted, I ended up 2.5 hours south of Seattle, but my fascination with the city continued, and that was close enough for the occasional visit. I did get back a couple more times over the years, but those trips were few and far between, and were barely enough to whet my appetite.

Now, with Tara’s family up there and her nephew barely a month old, we have plenty of reasons to go – and, in fact, just got back from an overnight visit yesterday. It was my 4th trip to Seattle in seven months, and I envision many more in the future.

This makes me happy. I feel like I’ve barely scratched the surface of the Emerald City. There’s so much to see and do there – neighborhoods to explore, restaurants to try, sights to seek out. And yet, sometimes you want to return to your old favorite haunts. Yesterday, we did a little of both. Had lunch with Tracy and David at our favorite little hole-in-the-wall Chinese restaurant on 1st Avenue, and then wandered the market. Afterwards, we caught views from two different perspectives. Kerry Park and Alki Beach. The mountain was out, as the locals say whenever Mount Rainier pokes its snowcapped head over the horizon, and it towered over the city like a protective parent. The day was perfect, the scenery stunning.

I’m not saying Seattle is perfect. It’s big and sprawling and busy. Traffic is an issue. Unsavory characters roam the streets. And yes, it rains. A lot. But none of those things detract from the undeniable beauty of the city.

A beauty which we will return to again, very soon. 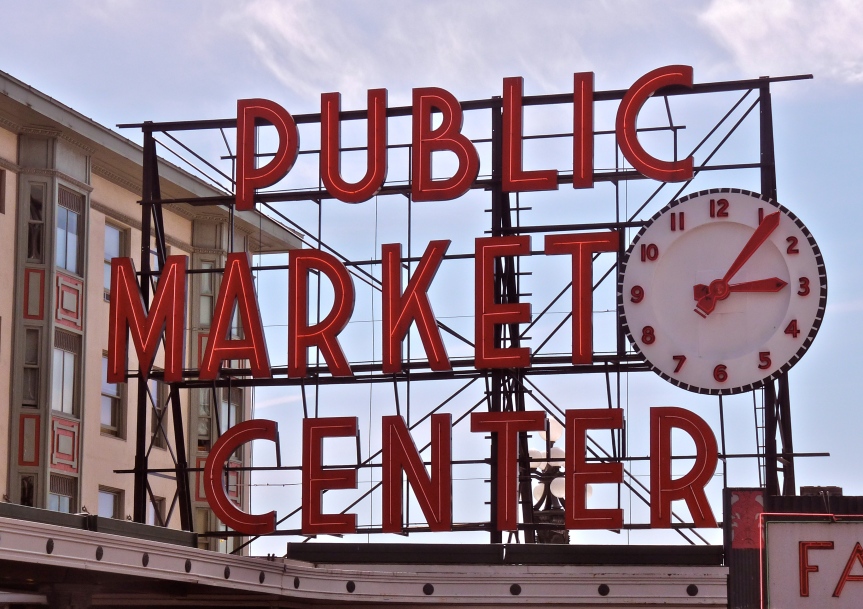 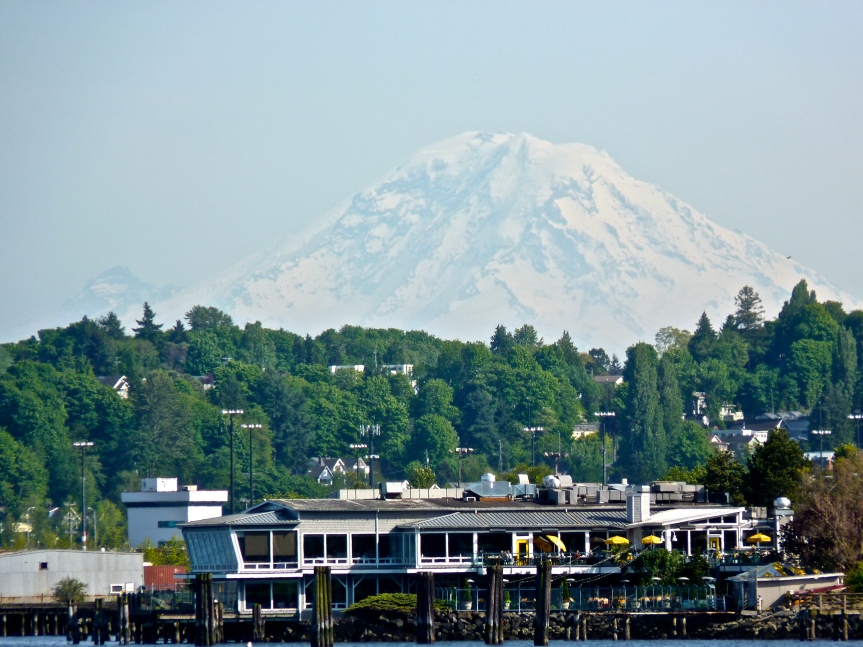 30 thoughts on “Can You Call a City Beautiful?”