I was watching the news earlier and they were showing a woman who was 104 years old pushing a cart through the grocery store, and marveling over the fact that at such an advanced age she was still independent enough to handle the weekly shopping duties on her own. I had two thoughts about this:

Still, I suppose the story was meant to be inspiring. It just kinda backfired when I saw poor ol’ granny doing all the heavy lifting herself.

Yesterday, we got new phones.

We also switched carriers, ditching Sprint in favor of Verizon. This was Tara’s idea; I’d been a Sprint customer since 2001 – which kinda surprised me, as I don’t even remember having a cellphone that long ago – and never had an issue with them. But Tara had been with Verizon before moving out here, and complained about spotty service and a lack of adequate coverage in certain places. Seeing that she’s going to be the one pushing the grocery cart around when she’s 96, I figured it was best to keep her happy, so I was agreeable to the switch. Nostalgia is overrated anyway, at least when it comes to phone carriers. They’ve all got the same selection of phones from which to choose, and in this day and age when you get to keep the same phone number forever, there’s really not much incentive in staying put.

While going over the paperwork at the Verizon store, our rep informed us that he needed our old account # in order to make the switch. If I’d been smart I would have had this information on me, but I did not, so to obtain it I had to call Sprint customer service. The Verizon guy warned me not to tell them I was leaving, but instead to say I just needed the # “for my records.” But when I called, the woman helping me immediately sensed trouble. She started talking about how much she appreciated my loyalty, and at one point straight up asked me if I was planning to cancel my account and tried to talk me into upgrading to a new plan with more data for less money. I stuck to my guns and denied the whole thing.

It was a pretty awkward phone call, to be honest. Kinda felt like I was breaking up with somebody, which isn’t too far off the mark considering I was ending a 15-year relationship. I wanted to comfort her with that old cliche, It’s not you, it’s me!, but in actuality it was neither her nor me but Tara, so instead I said nothing.

In the end I got the information I needed, and within minutes of assuring Sprint that everything was fine and I wasn’t going anywhere, we were no longer together. 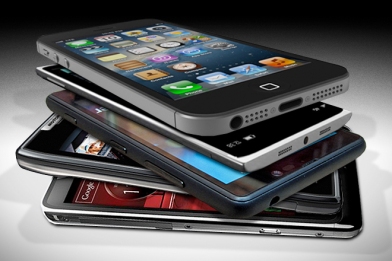 Tara and I ended up with new HTC 10 phones, and Audrey got an iPhone 7S (this was our Christmas gift to her). The phones are great, but man, I hate getting new ones because it’s a pain in the ass to set them up. I had an app that allowed me to transfer all my contacts and media from the old phone to the new one, but I had to go back to the Play store and re-download ever single app, and then I had to customize the phone (new theme, organizing folders, adjusting the settings, etc.). Y’all know how it is, I’m sure. The whole process took a good couple of hours. Just once, I would like to own a phone for longer than two years. Their disposability drives me nuts! Sadly, I read that lithium-ion batteries are only good for about two years, and even if we had stuck with Sprint I’d have needed a new phone anyway since my old one started acting wonky. It’s just the nature of the beast, though I suppose you could just buy a new battery and switch that out. Unless the next generation of phones can do amazing things, like cook me dinner or give me a back rub, I’m content with keeping this one for awhile.

10 thoughts on “Phoning It In”